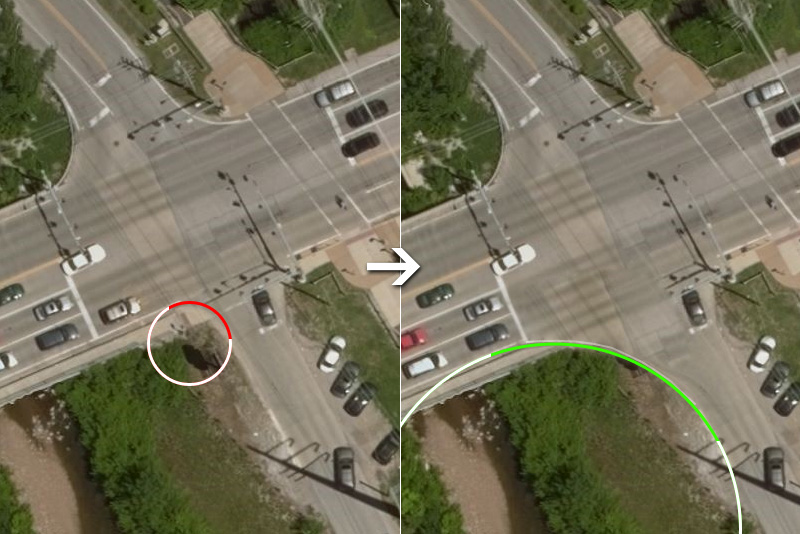 Another day, another town meeting over spending millions to “improve traffic flow” by building new roads and other expensive nonsense. Looks like someone’s buddy in the construction industry is hungry for tax dollars again. Here’s a series of roads I take every day.  Traffic, while moderate in volume, is awful due to crappy street planning, unsynchronized stoplights, and tiny right turn radii. Welcome to St. Louis. END_OF_DOCUMENT_TOKEN_TO_BE_REPLACED

Idea: Adding a Story and Gameplay Mechanics to Goat Simulator. 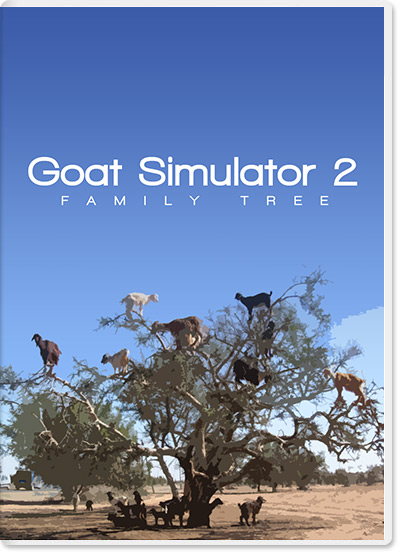 In case you didn’t know. The internet has lost its mind over the upcoming “Goat Simulator” game. A prototype game hastily put together during a game jam just for fun that won the hearts of millions of netizens near and far. Enough hearts to warrant making it into a full title game soon to be released, probably, this year.

The premise is hilarious, the game is hilarious, the glitches are so hilarious the team decided to keep them and make them features. It’s no surprise we’re so excited for this, there aren’t really any comedy games to balance out all the war games, sniper games, assassin games, and zombie apocalypse games. Our only escape from the miserable and depressing world of grey and brown is “Octodad” and “The Stanley Parable”. So we couldn’t help but fall in love with this goofy goat. After all, it’s united us in the one thing we all have in common: the desire to annoy the hell out of other people and cause mischief.

My mind is racing. There’s so much potential. I couldn’t help myself. My life is going no where but I can still make a contribution to humanity. In the event that Goat Simulator is financially successful, here’s a look at what route Goat Simulator 2 can take.

END_OF_DOCUMENT_TOKEN_TO_BE_REPLACED

The Journey of Launching My First Product, “To Do Cal” 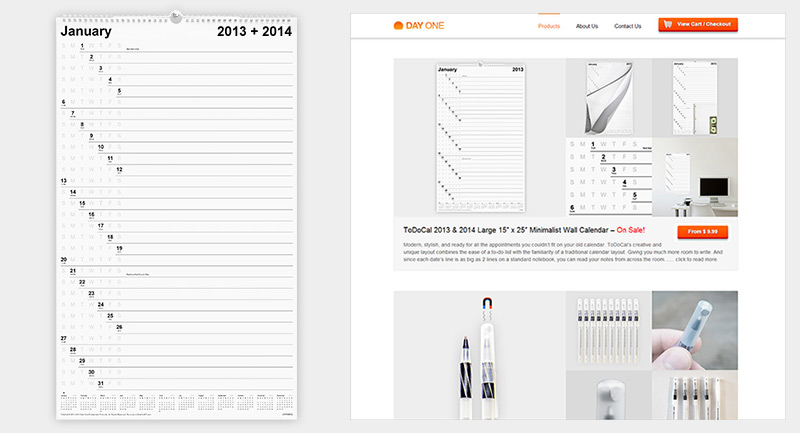 Note: This is the first and only time I’ll hand out sales numbers on my products. It’s dangerous and invites competition. I’ve seen others do it and screw themselves over. I’m handing mine out because I’d like my readers to let me know if I’m doing something wrong or my margins are too low. This is my first product and a massive learning experience. END_OF_DOCUMENT_TOKEN_TO_BE_REPLACED 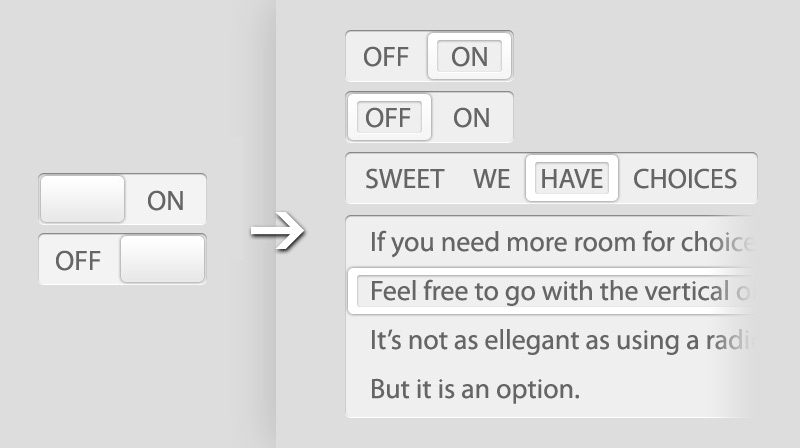 There was a lovely “Show HN” submission [http://news.ycombinator.com/item?id=4594264] on Hacker News from someone who passionately put together a really nice jquery slider plugin. People mentioned in the comments why sliders are a terrible choice for all the same reasons I found right before I mocked up my windowed version. But the slider plugin was made with such passion that I just had to write this article and share my discoveries. There IS hope. The slider can be fixed. In fact it can be made better and made to handle more than 2 options. END_OF_DOCUMENT_TOKEN_TO_BE_REPLACED

In my previous 2 posts [The Great Cul-De-Sac Problem] and [The Liquid Grid Street Layout] we discovered that people LOVE living in a cul-de-sac (dead end street). There’s no traffic on your street except locals, it’s just you and your neighbors, it feels safer, more hidden, more maze-like for strangers, and gives off a “cute little village where everyone knows each other” vibe that us white people of European ancestry subconsciously crave. We also discovered the downside. Cul-De-Sacs use up massive amounts of land, promote car use over walking and biking, create traffic bottlenecks, and while they do reward some neighbors with less traffic, they severely punish all other neighbors with heavier traffic and pollution. END_OF_DOCUMENT_TOKEN_TO_BE_REPLACED 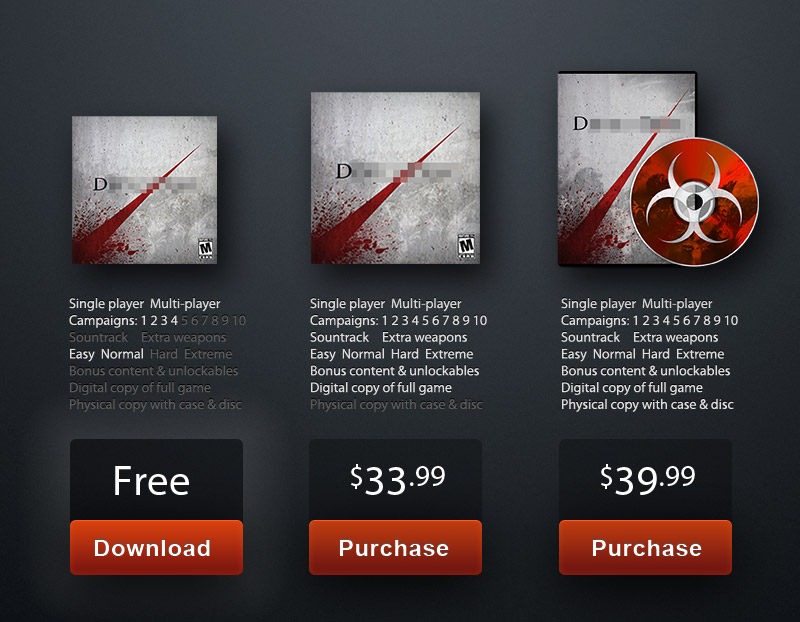 My dream is to one day work on a little indie survival horror zombie game. Pathetically cheesy, I know. But hey, zombies are popular for a reason. The temporary artwork is below. I can’t reveal the name because it’s just too damn perfect and I’m paranoid about someone else taking it. One of the things I’d like to try is to distribute my theoretical game using a sort of “in-app-purchase” scheme. The same one smartphone app developers use… END_OF_DOCUMENT_TOKEN_TO_BE_REPLACED

I started doing this 5 years ago when I was a Production Assistant in the Entertainment Industry while looking for a way to plaster my business cards all over Universal Studios’ backlot and offices. Obviously the best place to do this was bulletin boards in hallways or entrances to production company office buildings. Everyone else put push pins and thumb tacks right through their business cards, creating ugly holes, and I was so proud of my business cards I didn’t want to do that.  So I came up with using the push pins themselves as a way of holding the cards on the outside edges. END_OF_DOCUMENT_TOKEN_TO_BE_REPLACED

Will we ever see the rise of the ‘Scooter Commuter’? Probably not, it makes too much sense. We’ve been blabbing on and on about the benefits of light weight, low cost, low maintanance electric vehicles and how they can benefit society, etc… without realizing we ALREADY have tried and true electric vehicles. Today. Right now. And the batteries don’t explode, they don’t cost a fortune, and pretty much anyone can afford one. I bought one and used it shortly before having to return it due to a local ordinance in Orlando making it illegal to ride them on the street or sidewalk. END_OF_DOCUMENT_TOKEN_TO_BE_REPLACED

Why do we play games? “For the challenge!” said early developers. Not for emotion, nor for socializing, not for fun or enjoyment or exploration, or even relaxation. Before sandbox and social games, developers had the idea that the only reason why you would want to play a game is to be challenged by its gameplay, forced to practice to get better, and overcome the challenge. And so we begin our journey into paradoxical gameplay mechanics that have kept casual players (the majority of market) out of games for decades. END_OF_DOCUMENT_TOKEN_TO_BE_REPLACED

Reversing urban sprawl and bringing back city living is going to take some major changes. Once people discover the joy of a suburban neighborhood, despite some serious drawbacks, it’s hard to make them go back to living in the city. So the city must change and evolve and adapt in order to compete with ‘Orange County’. And I believe, it all starts with a new street layout. END_OF_DOCUMENT_TOKEN_TO_BE_REPLACED

The Great Cul-De-Sac Problem And How To Alleviate It

Are you ready to lose faith in humanity? Now, I’m not entirely against suburbs, cul-de-sacs, and curvillinear loop street layouts. I can see why people (myself included) like them and what they find attractive about them. But, things have gotten so out of hand, that the damage they cause never be fixed and is permanant. Still, there something we can do to alleviate their side effects. END_OF_DOCUMENT_TOKEN_TO_BE_REPLACED

Here’s a crazy idea. You’ve seen them on the side of buses and building windows. ‘Window perfs’ allow ads and art put on windows to be seen by people outside yet is see-through to those who are inside. So what if we took industrial strength vinyl used for billboards, made millions of golf ball sized holes in it, printed forests and rivers on one side and printed a black backing on the other side? You’d give everyone living in high-rises a beautiful view (and everyone below a tiny bit of shade from the sun). And let me not remind you how important greenery is, the more you see it every day the healthier, happier, and less stressed out you are. We can also cover up all those ugly parking lots, power stations, and junk yards. END_OF_DOCUMENT_TOKEN_TO_BE_REPLACED

People “pet” the gas pedal when they drive so they never travel at a constant speed. This constant speeding up and slowing down wastes gas, and with 140+ billion gallons used each year by the US alone, millions of those gallons can be saved by using cruise control and traveling at a constant speed. Unfortunately, if you’re using cruise control and the person in front of you isn’t you’re constantly having to slow down or speed up because of their varying speed. And matching the cruise control speed of someone in front of you isn’t easy either. Various car companies are already working to solve this specifically using cruise control technology. But I think a lot of them over complicate and over design their solutions by requiring expensive technology and touch screen interfaces. So here’s something a little more simple: END_OF_DOCUMENT_TOKEN_TO_BE_REPLACED

The problem with voice chat in multiplayer online games is that everyone on your team can hear you. And as maps get larger and teams get bigger a new set of communication problems have developed. It becomes difficult to strategize and warn players on one side of the map when team members on the other side of the map are sharing their strategies and warnings. When you hear “ENEMY DOWN THE HALL!” or “I think there’s someone behind you.” or “ok you guys stay here”, or “follow me” you’re not quite sure who the message was meant for. Many times it’s so distracting you end up getting yourself killed because you were confused. END_OF_DOCUMENT_TOKEN_TO_BE_REPLACED 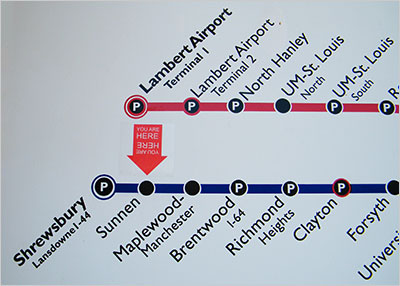 Those transit maps pissed me off for the last time. So I decided to secretly fix them. They’re the maps used on the St. Louis Metrolink (lightrail). I’ve only done one station so far, and want to get permission before I go on to add the fix to all the others. END_OF_DOCUMENT_TOKEN_TO_BE_REPLACED

If we want more people to use public transit we’ve got to make it easier. The biggest user experience blunder in bus transit is the inability to tell where a bus goes and when it goes there if you’ve never ridden one. In order to find out you can hop online but not everyone can do that. So they need a schedule, which only the buses carry (rarely), so it’s a paradox: I need a schedule to know when the bus comes but I have to get on the bus to get a schedule. This pissed me off, so here’s my weekend project: Laminate 10 bus stop schedules of the 3 most busy routes and attach them to the bus stops with cable wire and grommets. END_OF_DOCUMENT_TOKEN_TO_BE_REPLACED

6 Ideas to Improve Online Shopping (startups this is for you) 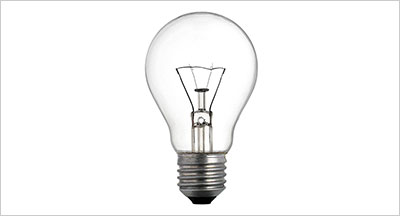 A few ideas I had to fix 6 online shopping annoyances: Not seeing enough of the product, Lack of instant gratification like retail shopping has, Missing package deliveries because I’m not at home, No where to drop off my used packaging for someone else to use, Forcing me to register for an account, and Making me enter my personal info (address, credit card detail, confirmation) on multiple pages. END_OF_DOCUMENT_TOKEN_TO_BE_REPLACED 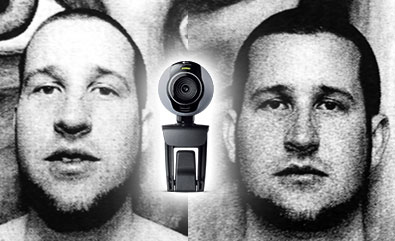 This article “Why Don’t We Video Chat More Often?” really made me think… “Ten years ago if someone had told you that in 2011 everyone would have a webcam in their home or in their pocket, and that the cost of video chat was going to be zero, how many of us would have predicted that people still wouldn’t use it?“. Powerfully true. Despite web cams being embedded everywhere, we just don’t video chat the way Star Trek, Back to the Future, and all the other futuristic films of the past thought we would. This has been on my mind for 2 days now, so here’s what I came up with…

END_OF_DOCUMENT_TOKEN_TO_BE_REPLACED

You know what? I have a thing for concrete. It’s just simplistically beautiful. I’m European, we’re practically concretesexuals, we love the stuff. And a lot of the benches I see at parks and transit stations are terribly uncomfortable, don’t have a back, look hideous, are made of expensive material, or seat very few people. So in my little fantasy world, here’s the perfect bench. END_OF_DOCUMENT_TOKEN_TO_BE_REPLACED

So, a company called Tap11 just got acquired by the founders of YouTube. I head over to their site to check it out and couldn’t help but mockup a quick fix. Now they only need to make a few changes to make it all better, no big redesign needed here. END_OF_DOCUMENT_TOKEN_TO_BE_REPLACED